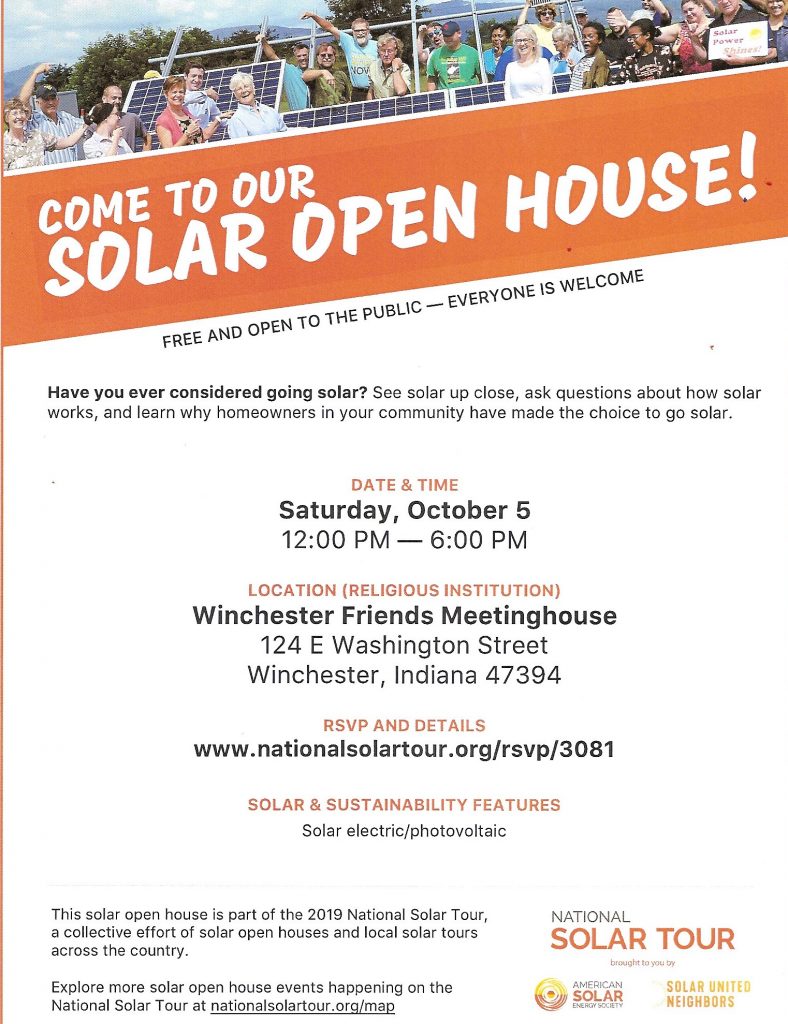 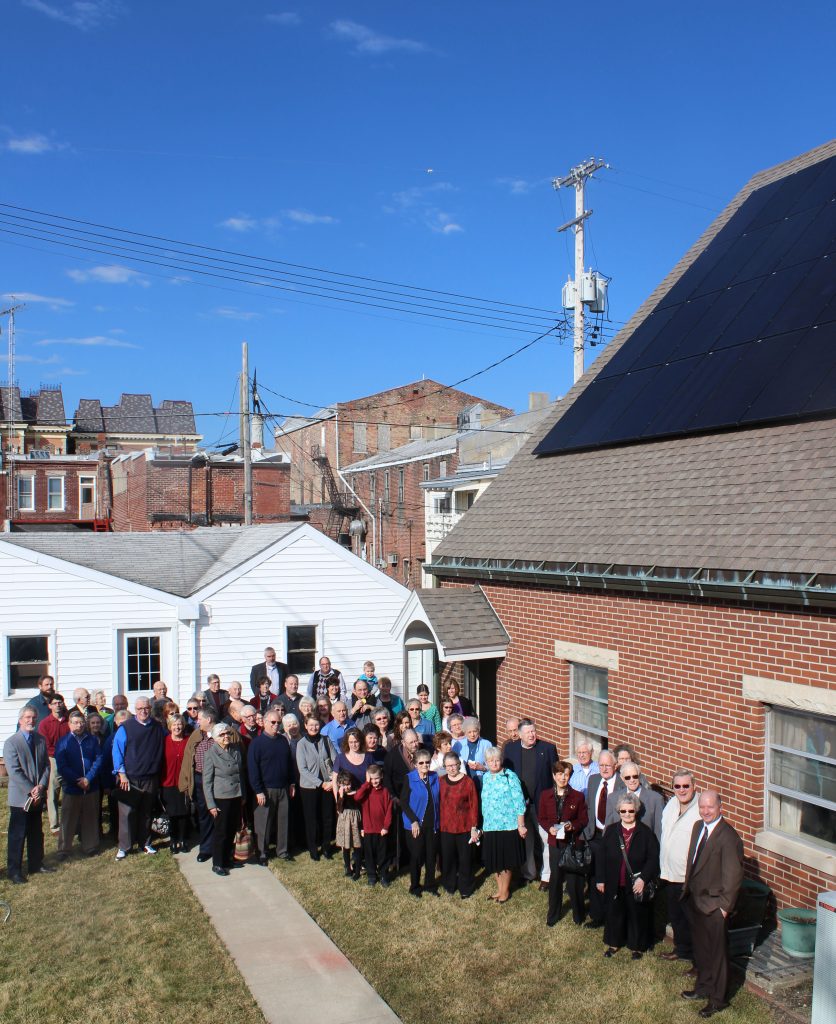 In 2008 with a concern for the environment, Winchester Friends applied for a matching grant with the State of Indiana for a 2 kilowatt, $24,000 solar system to be placed on meetinghouse roof.  For various reasons the grant was denied and in 2010 the meeting reapplied among increased competition and was again denied.

In an effort to increase awareness about energy conservation, Winchester Friends began to find ways to reduce their carbon footprint by installing more efficient light fixtures and to insulate and seal their buildings envelopes to keep heated and air-conditioned air inside. In the summer of 2015, Winchester Friends applied for a $24,000 solar grant through Hoosier Interfaith Power and Light in Indianapolis and were awarded the grant in the fall of 2015.  With help from SIREN (Solar Indiana Renewable Energy Network) and Hoosier Interfaith Power and Light, Friends at Winchester were able to negotiate a contract with Third Sun from Athens, Ohio for a 8.6 kilowatt solar array (32 solar panels).  The solar panels were installed and working by the last day of 2015.

Our Christian faith calls us to care for creation both for the world’s wellbeing and for our own.  Winchester Friends believe the significant amounts of money they save through energy conservation will be better spent in the Winchester Community to feed the hungry through the Winchester Area Churches and Community Food Pantry or to help those in need through the Salvation Army and other ministries in the community.

Installation of the solar panels (coupled with energy conservation efforts) has reduced the highest electric bill at the meetinghouse during the month of August from $226 (without solar power) to $66 (with solar power).  The lowest electric bill we’ve paid since installation is $26 and the highest we’ve paid since solar panel installation is $102.  In addition, the meeting has been able to sell solar credits amounting to around $250 for income to the monthly meeting.

In November of 2017 the meeting provided an interest free loan to the Winchester Area Churches and Community Food Pantry to install solar panels on the food pantry.  The pantry was willing to go into debt $20,000 and was able to place a 7.54 kw solar array with 26 panels on the roof of the pantry. Lorhum Electrical LLC from Greensburg, Indiana placed the panels in one day on the roof.   The third month of solar at the pantry reduced the electric bill from 1,3504 kWh used in March 2017 to 518 kWh used in March 2018.  This was a savings of over $150 and we expect this to increase as the days get longer.  The pantry houses 4 freezers, a walk in fridge, a walk in freezer and a refrigerator.  Solar power helped supply the needs of those units and in addition was able to send 419 kWh of power to the Indiana Michigan grid.  This is a win-win for the pantry and the planet.

If you have questions, please feel free to contact Pam Ferguson at Winchester Friends Meeting    (pam-ron@juno.com) or call the meeting at 765-584-8276.